Ingrid Jonach has loved books since her grandpa read her The Three Little Pigs over and over again as a kid.

She was first published at age seven in her school yearbook. It was a poem about the old lady who swallowed a fly. In a plot twist the old lady swallowed Ingrid, who then played her ribs like a xylophone.

It stood to reason that her first book would be a rhyming picture book. A Lot of Things was self published in 2005 and was illustrated by her mother Pauline Jonach — a tertiary qualified artist.

While working as a journalist at The Canberra Times Ingrid wrote The Frank Frankie — a story about a little girl who starts her own newspaper. In late 2006, Ingrid was offered a two-book deal by Pan Macmillan Australia for The Frank Frankie and its sequel Frankie goes to France. 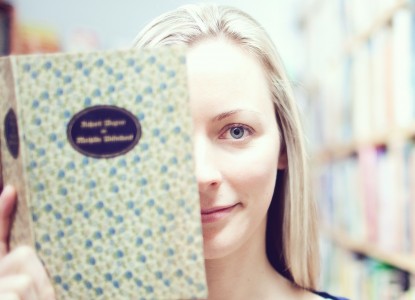 The books — which are suited to age groups seven and up — were released in 2007 and 2008 respectively, and have since been re-released as eBooks by Macmillan Digital. In 2009, Frankie goes to France was also re-published by Macmillan Education. Read the reviews.

Ingrid has toured extensively — speaking at schools, hospitals, libraries and festivals in the Australian Capital Territory, New South Wales, Queensland and South Australia. She has also been featured in a variety of media, including The Canberra Sunday Times, The Herald Sun, and ABC Television.

Here are a few fun facts in the meantime:

Linen Theme by The Theme Foundry – mod by Trevor Brennan